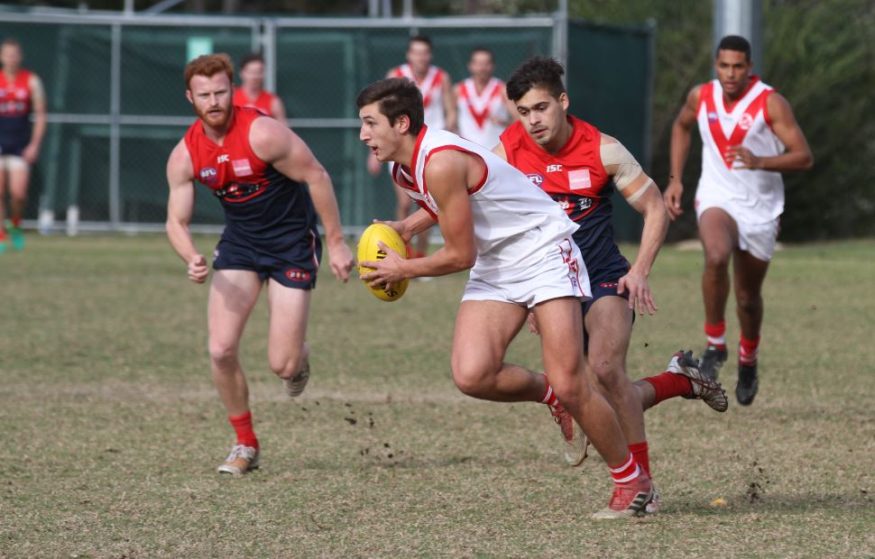 Position:  Half Back Flank

Favourite activity to do outside of football:  Liam is a part-time barista. On top of this he spends a lot of time with his family and his girlfriend.

What is one thing that we don’t know about this Rising Star that they are well known for around the club?   He was an outstanding soccer player before switching to AFL. But he makes the best cup of espresso coffee of any player at the club. All the boys want him to make their coffees pre-game.

What role do they play for the club both on and off the field?  On field he plays as a rebounding defender. Off the field he is a reliable & popular clubman, often helping out with tasks and duties around the club, including making coffee for the coach.

The night before the game what will they most likely be doing?  Have a large bowl of his mum’s home made pasta with her secret sauce handed down through 3 generations of her mum’s family, then relaxes by watching the Friday night AFL game.

Do they have any pre-game superstitions?  He must shake the hands of the first person he meets when he enters the clubrooms.

Reason for nomination this round:   Liam joined St George in season 2017 after coming through the clubs Academy system. He played U19s last season and was a important part of the premiership winning team, playing mostly in the backline.

This year, despite still being eligible for U19s he has found a spot in our Premier Division team each week playing mostly off a half back flank. As he has got used to the tempo of senior football his confidence has grown as has his impact on the team’s performance. He reads the game extremely well and has a very safe pair of hands combined with good disposal skills. This culminated in last Saturday’s game vs Camden where he made 16 disposals, including 5 intercept marks and even sneaking forward to score a goal.

“Liam has been one of the young U19s that has really impressed me, not only in pre-season but also how much he has improved over the course of the season. I remember seeing him play as a 16 year old in our U19 Division 2 team and was impressed with his skill and composure even back then.

In particular what impresses me playing seniors is how clean his hands are. He rarely fumbles a mark”. 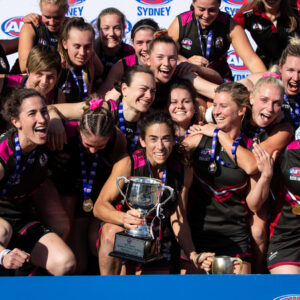