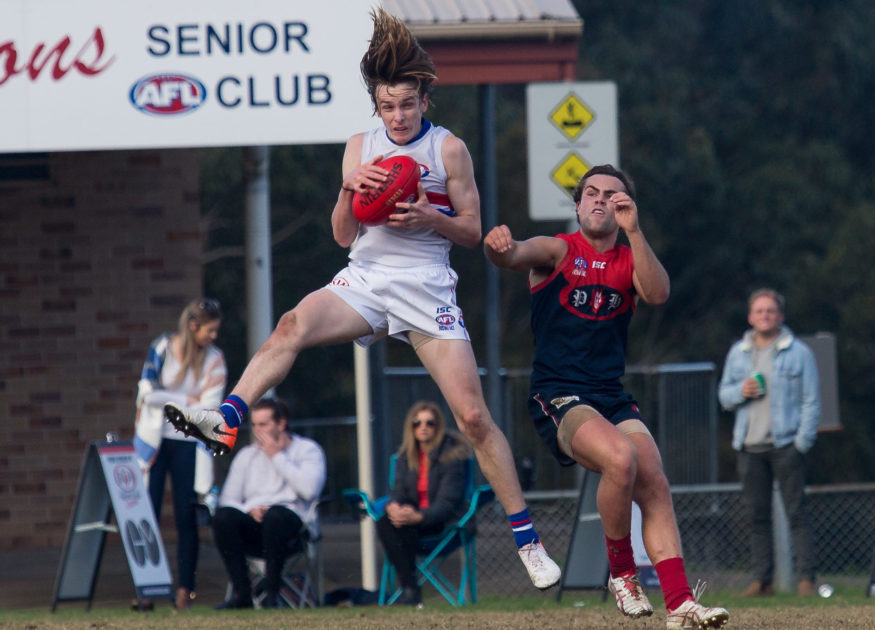 Favourite activity to do outside of football: Go swimming

What is one thing that we don’t know about this Rising Star that they are well known for around the club? Having very average chat on and off the field

The night before the game what will they most likely be doing? Watching the AFL

Do they have any pre-game superstitions? Must tie my shoelaces twice when I put my boots on

“Max has shown maturity and improvement in his five games of Premier Division football.

His skills by hand and foot were evident when delivering the football into our Forward line on numerous occasions from half back and he was justly named in our best players in three of his previous five games. However on Saturday he was named our best player against Pennant Hills in Premier Division where his speed and poise allowed him to give our forwards first use of the football with his accurate disposal.”

“Max has played five games in Premier Division after representing the Swans Academy, Swans NEAFL and also being selected in the Allies squad.

Max whilst small in stature has explosive speed and provided plenty of dash out of our back line in particular against Pennant Hills on Saturday. His composure with ball in hand and ability to burst out of a packs into space made him a dangerous player for us throughout the day.

Max has certainly put his name forward to cement his position in the Premier Division side after just five games and we look forward to tracking his progress in the future.”

lBoy, Oh Boy Wowee of the Week - Round 12
Men's Premier Division MOTW: Cats fail to the tame the Demonsr