The GIANTS have announced Sydney local Isadora McLeay as a replacement player for the 2021/22 NAB AFL Women’s season.

McLeay joins the squad full-time to replace midfielder Emily Goodsir, who recently announced she is expecting a baby in February.

McLeay is a 17-year-old who plays key position for the North Shore Bombers in the AFL Sydney competition and was a member of the Swans Academy as well as participating in the GIANTS’ winter program.

She also played for the Allies at the Under-19 National Championships and was picked at centre half back for the 2021 NAB AFLW U19 All-Australian Team.

At  the Championships, McLeay averaged 16.5 disposals (12.5 contested) 2.5 rebound 50s and kicked a goal when she went forward.

“We’re really excited to welcome Isadora to the GIANTS.

“She’s a versatile defender who can also play forward, she has clean hands overhead and uses the ball extremely well by hand and foot.

“It’s a great opportunity for another local Sydney product to play at the highest level with the GIANTS.

“We also wish Em well as she steps away from football this season. She’s still an integral member of our group and we’re really excited for her next chapter.”

With the season pushed back to January, the GIANTS will begin pre-season training later this month. 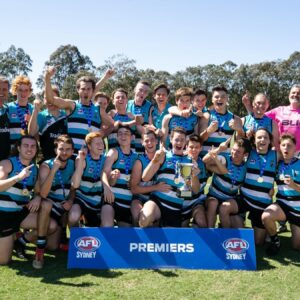 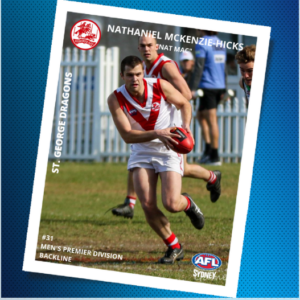