Just 24 more days and the 2021 AFL Sydney season will be underway. The Men’s Platinum Division is truly anyone’s competition to win. After a dominant home and away season in 2020, Macquarie University (8-1) and Balmain Tigers (7-2) were outshone by the Penrith Rams (6-3) and Southern Power (5-3) in a pair of upset result semi-finals. The following week, the Platinum Grand Final saw the Penrith Rams full of experience (and almost 100 per cent local talent) prove too good and lift the cup once more.

The countdown is on to Platinum footy in 2021 and AFL Sydney are pleased to release the fixture.

As we enter season 2021, Platinum Men’s faces some significant change with Western Magic moving back into Divisional football to consolidate and grow the club once more, while a former powerhouse, Campbelltown Blues move up into Platinum. Many an avid AFL Sydney football fan will welcome higher level football returning the open expanses of Bob Prenter Reserve, Macquarie Fields. Best of luck to both clubs as they embark on their football journeys in 2021.

And we are into it! Round 1 sees an absolute cracker of a contest with the Penrith Rams opening their season at the fortress – Greygums Oval – against their perineal foe Macquarie University. Whoever is in front at the final siren will no doubt lay claim to being the team to beat in 2021 and in turn this season premiership favourite.

Elsewhere in Round 1 the newly promoted Campbelltown Blues meet local rivals (and 19’s Division 2 partners) South West Sydney Magpies at Bob Prenter, while Balmain Tigers host Southern Power in a game the Tigers will be hoping can springboard their 2021 campaign against a fellow finalist from last season. To round out the opening round of the 2021 season a revitalised Parramatta Goannas outfit, which has been bolstered by numerous off-season signings including Young Guns Taine Gilheany (Camden Cats) and Jordan Etto (East Coast Eagles), face off against the Randwick City Saints. If you are looking for a surprise packet in season 2021 look no further than the winner of this match up.

The action doesn’t stop in Round 1 with so many high-quality matches. The following are must see for all Platinum competition observers in season 2021; 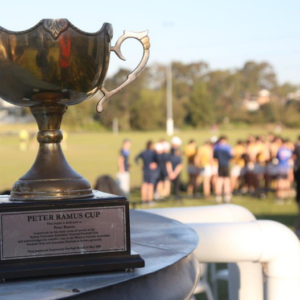