This weeks Rising Star nominee is to be known for his hard running and terrific use of the ball by foot. After a major injury set back in 2020, Jonathan Moran has regained his form and confidence in multiple outstanding performances in U19s across 2021, earning him a call back into the Premier Division side. In his two Premier Division matches this year, Jonno has displayed elite ball use and strong ability to break out of tight contests.

Spending time with mates/girlfriend (in that order?)

Apparently still being 16 when I debuted for Premier Division.

Runs hard and good user by foot as well as trying to still help out and be a leader for the U19’s.

Working as a bartender

Can’t go wrong with a bacon and egg roll in the morning and pumping Kanye on the way to the game.

Jonno debuted for the senior side in Round 9 in 2019, when he was still only 16 years old. He missed most of the 2020 season and in 2021 went back to the Under 19s to regain his form and confidence. Round 9 was his second game this season and he made an immediate impact being voted amongst the best for Penno.

Chris Yard, in his 10th season as Pennant Hills senior coach, says of Jonno:
“Jonno is another from our under 19s program. With a serious injury destroying his 2020 season, Jonno in 2021 is really starting to find his form. After a number of great performances in the 19s, Jonno was promoted and in his two games thus far, he has shown his elite ball use and his ability to get out of tight situations. Great work Jono!” 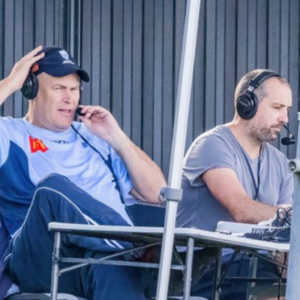