Men’s Premier Division Match of the Round Review – Sydney University vs. UNSW-ES Bulldogs 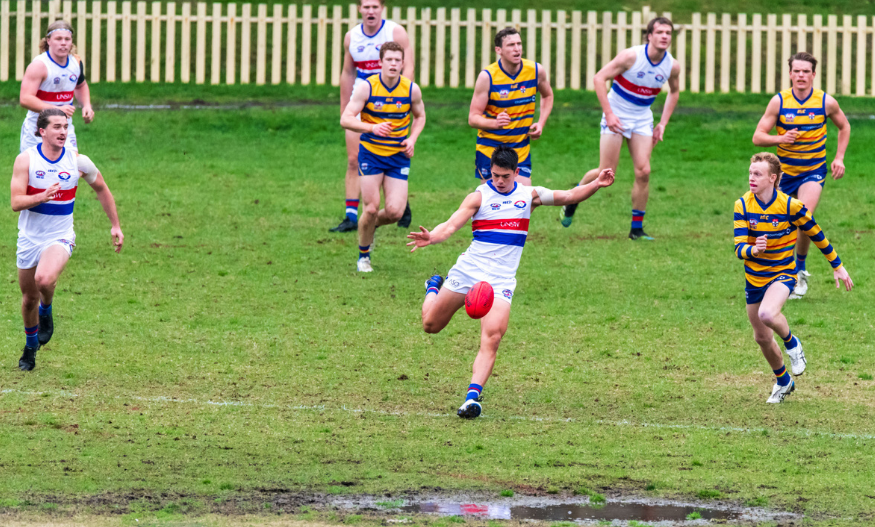 Sydney University entered this top four match coming off 49-point victory over the East Coast Eagles. For UNSW-ES Bulldogs they defeated Manly Warringah by 112 points in round 9.

In what were difficult conditions for football, UNSW-ES showed why they are contenders for the premiership. Their rebound off half-back was a feature of the match as was their forward pressure.

For Sydney University their usual slick ball movement was stifled by the Bulldogs defence, with the final kick inside the forward 50 proving the most difficult.

Both sides will no doubt be looking towards the finals series, with the possibility of these two powerhouses going head to head once more.

After a stoppage-laden start to the match, it was Sydney University who struck first. Samuel Bennett sent the ball high inside the forward 50 following a ball up in the centre square. Michael Nettheim roved the one on one contest and kicked off the ground from close range for the opening goal.

The Bulldogs ground their way back into the contest following Sydney University’s strong start.

Following some individual brilliance from Cooper Kilpatrick, UNSW-ES had their first. As the play had moved to the opposite pocket, a centred ball from Dean Towers in the direction of key forward Kieran Emery was roved by Alexander Foote who kicked from inside the goal square. Emery made it two goals in a matter of minutes after converting a set shot from close range.

As the rain continued to fall at Sydney University Number One, it was the visitors with a fast start to the second quarter.

Following a kick to centre half-forward by Thomas Banuelos, the Bulldogs were awarded a 50-metre free-kick. Darcy Cordell kicked from the top of the goal square for the first major of the second term.

After several stoppages inside their forward 50, Sydney University answered back. Izaac Hughes laid a strong tackle then kicked truly on the angle from 20 metres and the margin was back to seven points.

It didn’t last long however, Emery converted a long set shot for his second.

Sydney University weren’t going away. An unselfish centred pass from Harry Morrison found Samuel Gilfedder who made no mistake from 20 metres out.

The Bulldogs were presented with a couple of opportunities to begin the third quarter that only yielded two behinds.

Their first goal of the second half came with eight minutes elapsed time. A  strong contested mark from Emery on the centre wing was the catalyst. Emery’s kick found Kilpatrick who used his body smartly and converted from 25 metres out.

Aiden Macauley made it two goals in quick succession. Oscar Peter’s clearance sent the ball high inside the forward 50, Macauley who stayed out of the contest received a wide handball and dribbled the ball home.

Cordell’s second came just after the halfway point in the quarter, which made it three consecutive UNSW-ES goals. Whilst they limited Sydney University to a solitary behind.

Following an intercept mark at centre half-back by Cameron Williams, University transitioned the ball inside their forward 50. From a stoppage at centre half-forward, Bennett received a handball and kicked on the run from just inside 50. A Hughes shepherd allowed the ball to cross the goal line giving Sydney University their first goal in two quarters.

The Bulldogs answered back three minutes later. Some defensive pressure from their forwards created an intercept mark on the centre wing. Banuelos delivered the ball to centre half forward where Towers took a contested mark. Towers kicked his first goal of the afternoon from just inside 50.

Emery closed out the match with his third and fourth goals to give the Bulldogs a 43-point victory.

For Sydney University, Samuel Bennett was important around the contest whilst the decision to play Aaron Day loose in front of Kieran Emery was successful for the most part.

For the Bulldogs, Connor Kilpatrick provided a spark in the forward line and Thomas Banuelos battled in the ruck all afternoon. 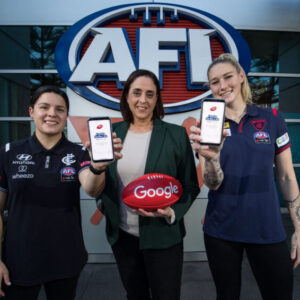 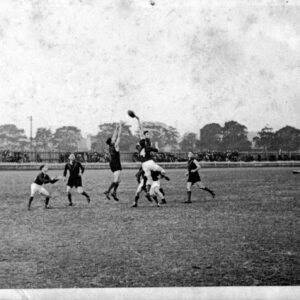 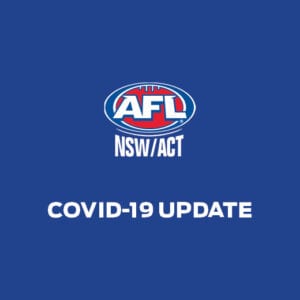 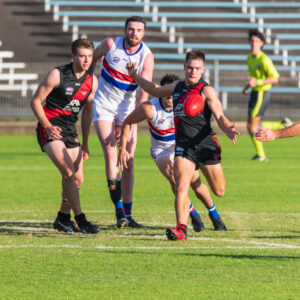